In this part, we run a simple localhost ping test to ensure that the computer can talk to itself properly. That may sound strange, but the operating system uses the localhost IP for many things. It is also a further step in ensuring things are going right, and it's simple to perform. If this test works, it doesn't guarantee that your network is set up correctly, but it if fails, it almost guarantees that this computer won't communicate with any network.

First, we need to open a Command Prompt window, which can be done in several ways. One way is to type cmd into the Search box of the Task Bar, as shown below. 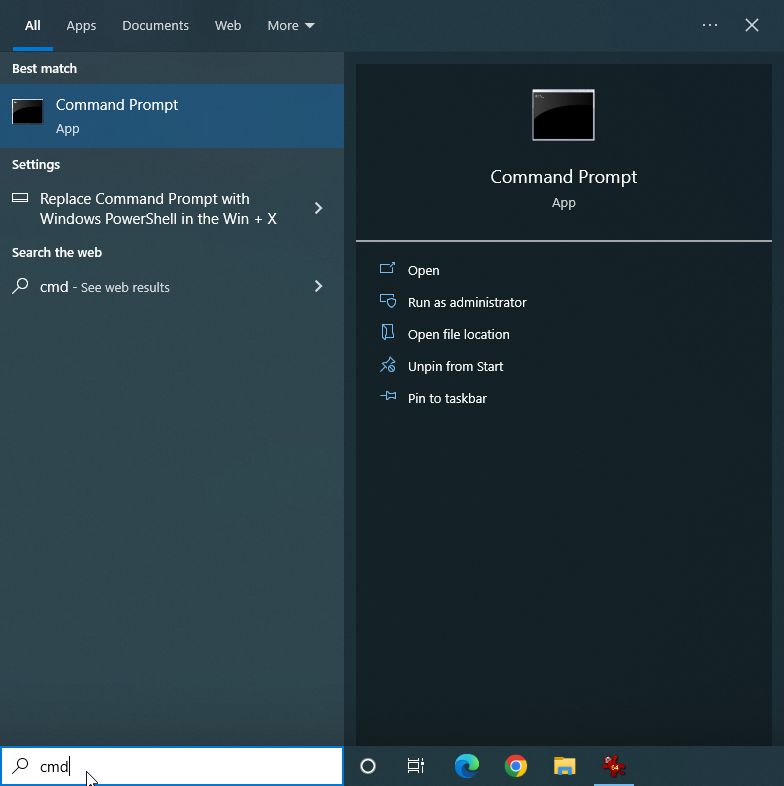 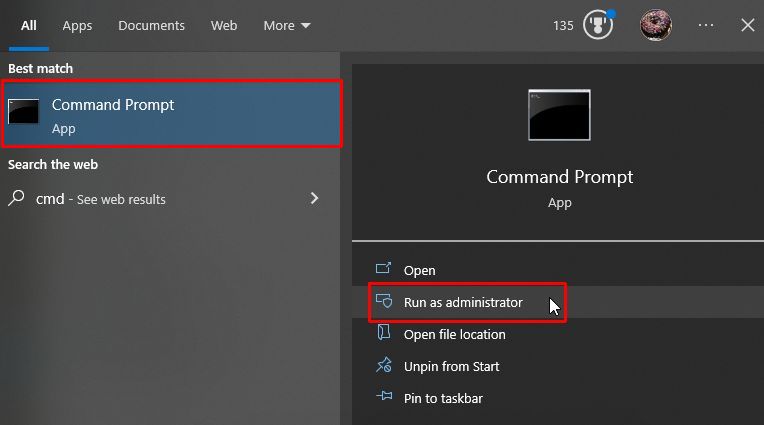 An administrator Command Prompt window like the one shown below should open. 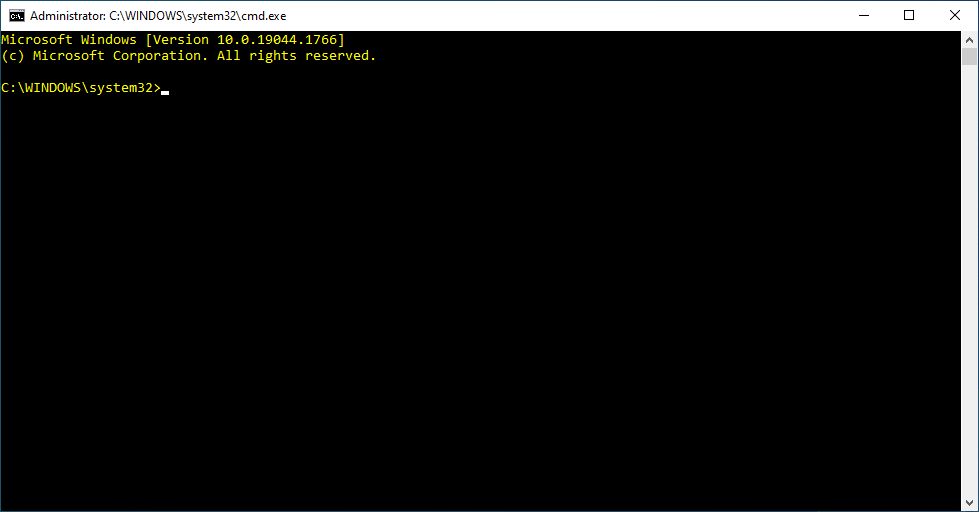 In the Command Prompt window, type in the ipconfig command at the prompt and hit return. 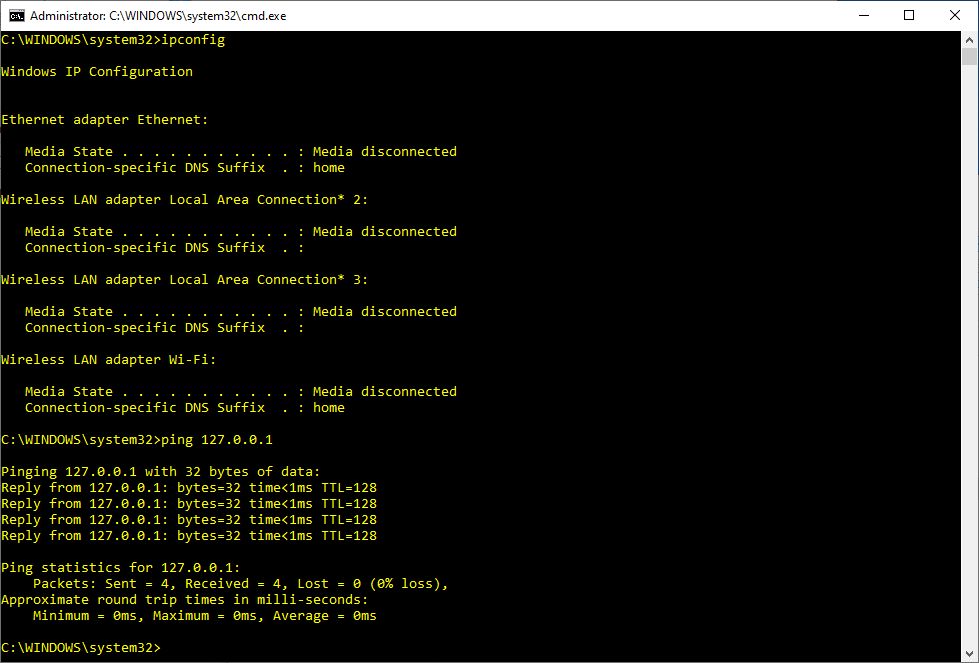 We are seeking additional confirmation that the Ethernet adapter is present and recognized. Don't worry about the IP addresses returned from the ipconfig command at this time; see if you have one or more adapters listed. (Note: To establish a valid link, you may have to connect a cable between your Ethernet adapter and a port on your [router or] switch. Some Ethernet adapters require this before they are recognized as being present.)

Next, type in the command ping 127.0.0.1 as shown in the screenshot above. The IP address 127.0.0.1 is reserved as the "localhost" or "loopback" address for every device to refer to itself. It's always a valid address for the machine. Typing ping localhost will result in the reply responses shown above. Later, we'll assign an IP address (or have one assigned to us), but the localhost name is always available. If everything is set up properly, you will see replies from the ping command like the ones shown below. Technically, you should always be able to ping 127.0.0.1 even if there is no Ethernet adapter installed in your computer so long as the basic networking software has been installed. The localhost ping verifies that.

If you aren't getting this, you should recheck that your Ethernet adapter and the required drivers are installed (and that you've installed the proper drivers for the operating system you are using). I've never had this fail if with an Ethernet adapter that's correctly installed.

If you typed ipconfig and got something like the following response, check to make sure your network card is still properly inserted. You should also redo test number 1.

The ipconfig and localhost ping tests are very simple and quick checks to make sure basic networking functionality is there. These are the first things you should try whenever you have a network problem. The ipconfig command has some useful options we'll get into later, but commit these basic commands to memory for now.

Back in the days before built-in Ethernet ports were common in laptops, I occasionally forgot to insert my laptop card. The above response is what I got in that case. Also, I've seen cases where the Ethernet cable was jerked on hard enough (e.g., stepped on or tripped over) to pull the Ethernet adapter partially out of the PCI slot in a desktop machine. If you suddenly start getting the above response on a desktop machine that's been working fine "forever," either the card has become unseated from the PCI slot, or it has just plain died. I've had both happen. (Check the cable as well.) If you get the above response from a new Ethernet adapter, it usually means the drivers installed weren't the right ones or failed to load for some reason. Although rare, I have had a brand new Ethernet adapter fail right out of the box.