If as a parent, you lament that the time your child will spend playing WoW is a waste of time, that's not going to be entirely true. Any game - golf, bowling, checkers or computer games - is just a form of entertainment like watching television. However, World of Warcraft does manage to sneak in some things that are reasonably educational. Interestingly, they are actually mostly fun.

Playing On a Team

If your child ends up joining a guild (as discussed before) and progresses to the later levels of the game, they will discover the importance of playing on a team, taking direction & criticism and paying attention. The higher-level encounters - especially the 25-man instances - require a lot of coordination and talent to win. There are instances that every member must survive and do their job in order to succeed. Every member of the group needs to know their primary role and what to do in contingencies. Every member has to start the raid with all the items they need for the session such as potions and (special) equipment. I played organized sports in high school, and I can attest that the need to practice and learn group coordination is no less important when playing WoW. There are no spectators in a raid group and nobody sits on the bench. 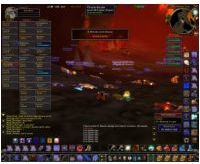 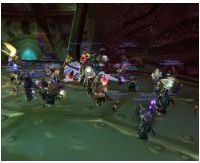 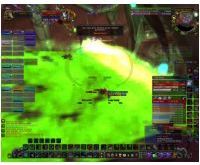 The first of the sneakily educational activities that new players are likely to encounter is the auction house. This is the WoW equivalent of Craig's List or eBay. There is an auction house is located in most major cities. There, players can buy and sell goods they created, harvested and found during questing or running instances. Some items that are auctioned will be used by other players directly (e.g., health potions or armor) or as a part of other things they make or need for quests (e.g., a gold bar or a truesilver rod).

Items are auctioned off using a couple of different auction formats: open-ended and those with a buy-out price. All auctions expire a set time after they are created, but the seller has a choice of a few different periods. The longer the item is listed, the higher the auction house listing fee. The auction house also gets a cut of the sales. Once the player puts an item up for auction, they are free to go off and do other things. If an item in the auction house sells, the seller is notified both by in-game mail (which has the winning amount attached) and in their chat window. If it does not sell, the item is returned to them in the mail. When a player bids on an item in the auction house, they may buy it outright (if the auction has a buyout price) or they can also bid less than the buyout price (and higher than the current bid) hoping to win. Potential buyers are also then free to go off and do other things. If the auction is near closing, however, they may wish to stay in the auction house in case a bidding war occurs. If a user wins an item or is outbid, they are notified by the in-game mail system. If they win, the item is also included in the mail. If they are outbid, their bid amount is returned to them in the mail.

The tools included with the game for using the auction house are good, but another nice feature World of Warcraft offers is an extendable user interface. That is, players can install add-ons (generally written by other players) that make actions they do easier or track those actions. Find one of the many add-ons for tracking the items you see at your local auction house. Several of these create a local database of the prices it sees at that moment. Over time, repeatedly allowing this add-on to scan the auction house will give the player a good idea of the maximum and minimum prices for the items that have been seen.  This is one of the most downloaded and used add-ons in the game. There is also a website, WoWuction that is dedicated to tracking the prices of auctions for all the servers in the game. Everyone, once they get to level 20 or so, will need to deal with the auction house for some items. Because of Blizzard's way of making what could be tedious instead be fun and easy, players find this diversion at least a little entertaining. 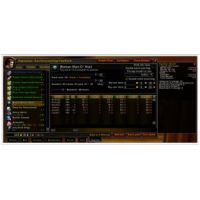 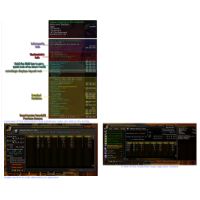 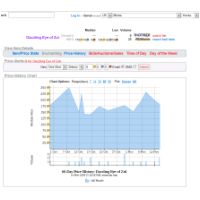 It's very common to see complaints in the general and guild chat text about spot shortages of an item that has caused a drastic price increase or a glut of some items they are selling, which causes them to sell for much less than they typically do. WoW players, regardless of their age, will learn the finer points of supply and demand in action. Don't be surprised when your child tells you they need to get on for just 15 minutes to check or start an auction. There are certain times of the day and certain days of the week when items sell for more or less than other days, and players will learn when these times occur for the items they sell or seek. Buy low; sell high is alive and well in WoW.

Starting at level 10 and continuing as they level, players are awarded one "talent" point per level. There are many more talents than there are points to put into them. Some talents are offensive like a new spell or attack. Some are defensive. Others are more passive to aid in offense or defense. Added to this, there is armor, weapons, shields (for some players), rings, necklaces and other items that can be used to boost a player's talents or reduce an opponent's effectiveness.  Additionally, there are magical enhancements and some items have slots for magical gems that can further supplement a player's talents. Suffice it to say, there are dozens of ways any player can beef themselves up.

While it won't be necessary for the early levels, eventually every player begins to wonder if they are getting all they can out of their characters. Perhaps they've noticed another player of the same class doing noticeably more (or less) damage than they are (assuming they are a damage-dealing class) or the other players have a talent they didn't choose to put talent points in themselves. When this happens, the player usually turns to one of the many online websites dedicated to discussing their class and the game mechanics in general.  One of my favorites, when I played, was the forums at Elitist Jerks (which seems to have since disappeared).

My (last) main character was a damage spell caster. At Elitist Jerks, I found discussions in the forums that get very spirited with both theoretical and empirical test results by players when they do X, Y and Z instead of Y, X and Z. The math can get pretty involved. I used to use a spreadsheet written for my specific character class that had pull-down menus and fill-in-the-blank boxes that compared various combinations of talents, equipment and spells to maximize my character's ability with alternatives and recommendations. Such spreadsheets are often well above the amateur-Excel-jockey level. However, it's since been replaced with the much more extensive SimulationCraft, which is a C++ program that simulates the damage done by individuals and the raid group as a whole. People take this game seriously because it is no mere game. Nobody thinks anything of an avid golfer spending a week researching a new putter or a fantasy football manager spending 5-6 hours a week computing player stats. The same thing holds true for dedicated WoW players. A player that's serious about making their character perform their best will do the research to see what they need to add or subtract in the way of attack (or defensive) abilities, equipment and play tactics. This type of research can be done to maximize every class, but what that means to each class can be very different. 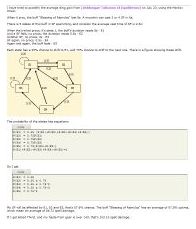 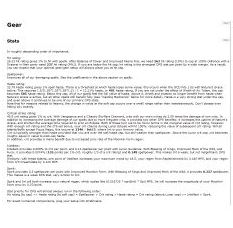 There is no shortage of websites to aid the player in their research. Some sites, like the Armory, were created by Blizzard themselves. The armory is a searchable database of the players in the game and shows the equipment they have, the talent choices they have made, their achievements and so on. It's a good site for looking at what another player may be doing that seems to be giving them a little more oomph. Other sites, like Elitist Jerks, are run by WoW fans and players. One of the best of those is Wowhead, which is a database of all the items in the game (past and present) and includes all that item's capabilities. The search criteria for Wowhead is very extensive, so once a player determines what they need to add to bolster their character's statistics, they can find out what items with those attributes exist (if any) and how they can obtain them. One of my favorite sites for finding quests or hints about quests is Allakhazam. It helps for finding quests appropriate for a given level or in the area where a player is in or wants to go. It also has hints on where to find items needed for a quest. 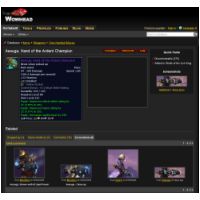 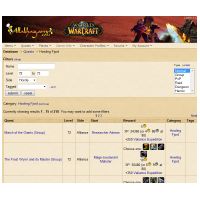 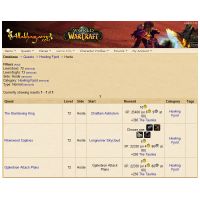 Just to add more variables to the mix, every class has three specialties. For example, depending on how I placed my talent points, the class I played could be a healer, a physical attacker, or a (ranged) damage spell caster. At various times in the game, I played the physical attack specialty and the damage spell caster specialty. Every time a player changes specialties, they must pay with some in-game gold to do so. The cost increases each time but hits a maximum. Recently, Blizzard added features to WoW so that players can toggle between two specialties relatively painlessly and cheaply. Of course, each specialty has a different set of attributes (armor, weapons, enchantments, etc.) to achieve to maximize that specialty and requires different research. WoW allows up to ten characters per server and a total of 50 characters per account. If a player decides they picked the "wrong" class for them, is getting bored with their current class or just wants to try a new class, it's simple to start a new character. Blizzard changes some class abilities over time (especially when a new expansion is released) in an attempt to balance how that character plays with or against each other. Because of this, sometimes new research is required even if the player doesn't change characters. 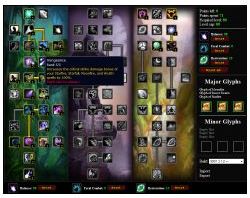 Other sites exist that have strategy guides for leveling different classes, making money with certain professions and how-to guides for defeating instance bosses. Of course, there's more than one way to beat most bosses, so the guides are just a starting point. Every raid group will need to make adjustments to take into account their level of equipment, their play styles, and group composition. There are many YouTube videos on the topic of boss battles. When you have 12 million players or so, there's bound to be a lot of fan support. It's almost guaranteed that a WoW player will at some time use the Internet to research their character and/or how to advance in the game. Doing this type of research is good practice for researching that famous character for an English report, that obscure law for government class or which stocks to invest in.